We Are Proud To Partner With These Industry Leaders

Altria Group, Inc. (previously known as Philip Morris Companies, Inc.) is an American corporation and one of the world’s largest producers and marketers of tobacco, cigarettes and related products. It operates worldwide.

Federated Insurance is a direct writer of property and casualty insurance products headquartered in Owatonna, Minnesota. The Company has approximately 2,600 employees and operates in 47 states, with several service offices located throughout the country. Federated has an A.M. Best rating of “A+ (Superior).

Formerly Midwest Pump and Equipment, MPE is a full-service company headquartered in Lincoln, Nebraska. MPE provides sales, service, construction, and installation throughout the Midwest and is licensed in Nebraska, Iowa and Kansas.

MPE is a petroleum equipment industry leader in Nebraska and surrounding states with over 30 years of comprehensive experience, trust, dedicated staff and reputation for standing behind their work. MPE is committed to placing client’s needs at the forefront of our decisions and earning trust through communication, transparent solutions and quality work that is delivered on time and on budget.

In addition to providing petroleum equipment and construction, MPE also has an established network across the Midwest that can provide expertise in project management. MPE is committed to helping clients find solutions and build infrastructure based upon their needs.

Funambulist Gaming provides gaming cabinets to businesses throughout Nebraska looking to create a new revenue stream. Our money-making games are installed in your location and collect your business passive income every time someone plays. So, when you are looking for skill game machines for sale, you can find a reliable partner in Funambulist Gaming. 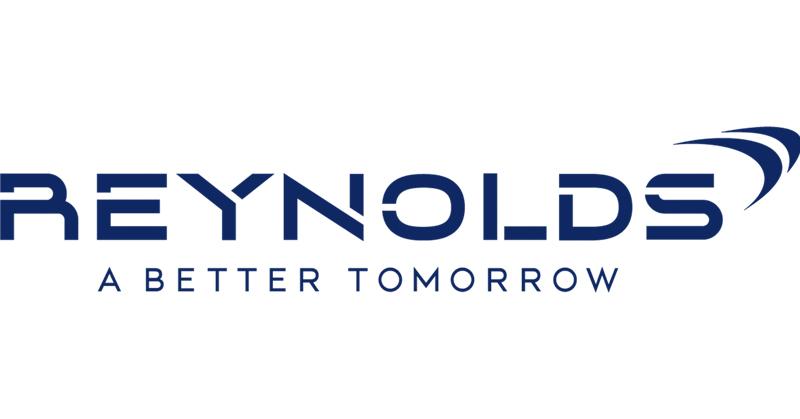 The R. J. Reynolds Tobacco Company (RJR) is an American tobacco manufacturing company founded by R. J. Reynolds in 1875. It is the second-largest tobacco company in the U.S. The company is a wholly owned subsidiary of Reynolds American, after merging with the U.S. operations of British American Tobacco in 2004.

RJR has a large brand portfolio, which includes Camel, Newport, Doral, Eclipse, Kent and Pall Mall. Other brands commercialized in the past were Barclay, Belair and Real. 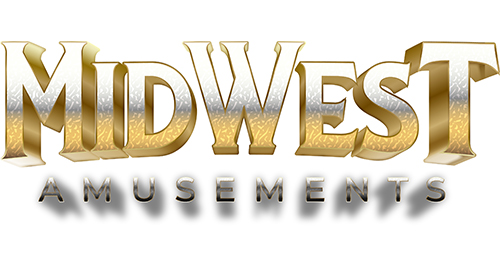 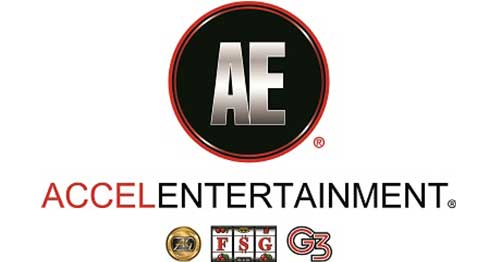 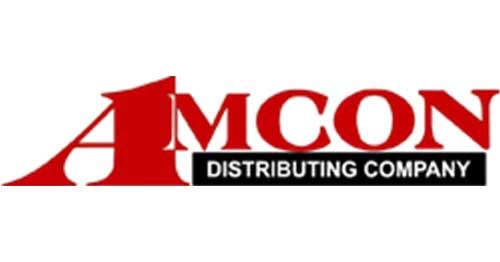 The AMCON Distributing Company programs and services offered to our customers are focused on helping them manage their business and increase their profitability. 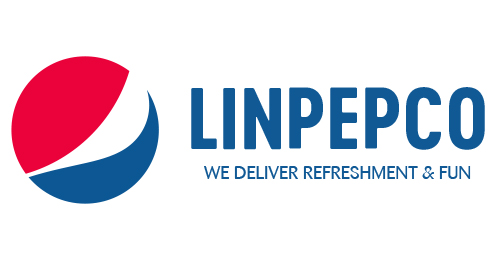 LinPepCo has more than 35 years of soft drink and vending product distribution experience. Our company includes five soft drink franchises in the Midwest, a full-line vending company, a full service coffee company and a refrigeration division that specializes in equipment service and leasing.

We value your business and strive to make your experience with LinPepCo an enjoyable one. Our goal is to provide you with quality products and services, and as a Pepsi-Cola franchisee, we can meet your soft drink needs, assist you with full-line vending, offer full service coffee and provide equipment services on customer-owned equipment throughout the Midwest.

Simply stated, GROWMARK Energy, LLC, was formed to make it easier for customers whose businesses operate in more than one local member cooperative’s trade territory. Instead of working with as many as 30 extra vendors, you work with ONE. By managing all your invoices, we help you become more efficient. You get the best and most reliable service, the most dependable supply, and the most transparent pricing for easy reconciliation.

Our organization is built on productive relationships with independent member cooperatives across the USA and Canada. Their combined capacity includes 20 million of gallons of storage at over 150 bulk plants across the geography and a fleet of over 300 tank tank wagons. In addition, we manufacture and distribute our own lubricants and diesel exhaust fluid. We are positioned to provide unparalleled service levels for accounts stretching from the Rocky Mountains to the East Coast and from the southern US to Ontario, Canada.

With roots dating back to 1898, PepsiCo Beverages North America (PBNA) is one of the largest beverage companies in North America today, generating more than $22 billion net revenue in 2020. Comprising nearly 60,000 associates across the United States and Canada, PBNA is responsible for bringing consumers an unrivaled, iconic portfolio of more than 300 beverage choices, including 10 billion-dollar brands like Pepsi, Gatorade, bubly and Mountain Dew, as well as emerging brands in the fast-growing energy and value-added protein categories. 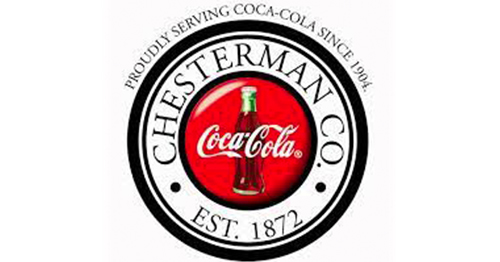 While proudly serving Coca-Cola since 1904, Chesterman Company is an independently owned and operated Coca-Cola Bottling Company based out of Sioux City, Iowa. Our primary objective is to be a premier beverage and food service company in the markets we serve! With our production facility in Sioux City, Iowa we have been making quality beverages for the Midwest since 1872 and supplying them from eight distribution centers across Iowa, Nebraska, Illinois and South Dakota.

The Nebraska Lottery is run by the government of Nebraska. It was established by the state legislature in 1993. It is a member of the Multi-State Lottery Association (MUSL). Its games include Mega Millions, Powerball, 2by2, Nebraska Pick 5, Pick 3, and MyDaY.

Except for Powerball, whose winning numbers are drawn with numbered balls in Tallahassee, Florida and Mega Millions in Atlanta, Georgia, Nebraska Lottery games are drawn by a random number generator (RNG). (Mega Millions uses an RNG to determine its Megaplier.)

The keno games available in Nebraska are municipal lotteries; these predate the Nebraska Lottery.

Spirit® Petroleum is a national petroleum brand created for the sole purpose of serving the needs of independent petroleum marketers. The Spirit® brand’s appealing patriotic image inspires customer confidence and loyalty from coast to coast. Minimal requirements and multiple supply options give licensees more flexibility to run their business their way. And the Spirit® program is affordable, combining low branding costs with a menu of optional business solutions to help keep expenses to a minimum.

Spirit® brand licensees enjoy the dedication and support of a team of professionals committed to helping them succeed. The brand is owned by the Petroleum Marketers Association of America, and all profits are shared among PMAA’s member state associations, further benefitting licensees. 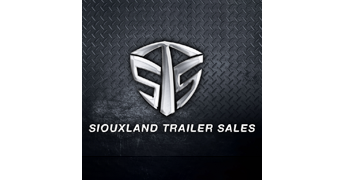 Siouxland Trailer Sales is an authorized Behnke, CIMC, CPS Trailers, Doonan, LBT, MAC, MAC LTT, STE, Manac, Polar Tank, Smithco, Vanguard dealership serving the I-29 Corridor from Omaha to Sioux Falls. We are proud to carry a large selection of new and pre-owned inventory. When you are ready to invest in a new trailer, our friendly and knowledgeable sales, financing, service, and parts departments are prepared to make sure your experience is outstanding, from assisting while you’re making your choice to ongoing maintenance and customization. At Siouxland Trailer Sales, we value the opportunity to create a long-term relationship with our customers, and we do that by giving you the best customer service available.

Stanley Petroleum Maintenance Inc. represents and sells parts and equipment for over 40 manufacturers involved in storing, monitoring, dispensing and payment systems for the petroleum industry. 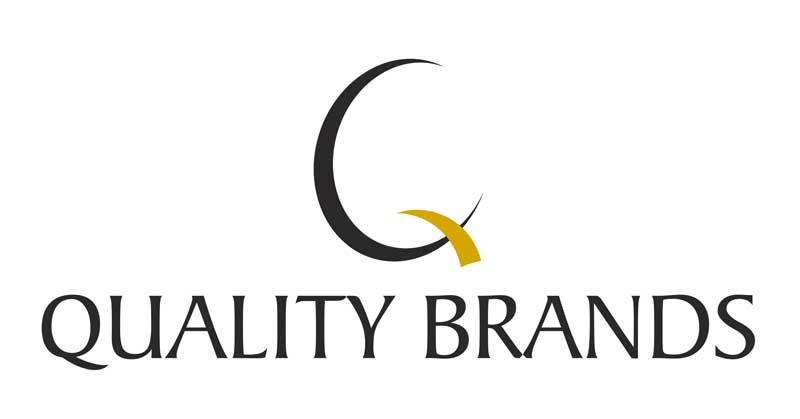 At Quality Brands our employees service over 4600 retail accounts in our 80 county coverage area. We strive to provide the best service and be a consultant to each of our retailers.

Quality Brands is proud to represent the greatest brands in the beverage industry. We currently distribute over 100 suppliers and 2500 brands through our distribution network. We are always looking for new opportunities to bring new offerings to our customers. Are we the right distribution partner for you?

Cash-Wa Distributing Company is a leader in the Broadline Foodservice Distribution industry helping businesses thrive. We’re the 18th largest in the nation among over 1,500 peers. Our professional partnerships with UniPro, ProMark and SEFA keeps us continuously evolving in a competitive market. You can place your food, equipment, supplies and chemical order directly online. Let us help you with your business.